We cannot fall asleep and wake up at the same time, nor sleep and do heavy-duty digesting. The body needs time to rest and repair, and so it works on a set clock called the circadian rhythm. The circadian rhythm has gotten more notice recently — after all, last year’s Nobel Prize in Medicine went to three scientists who discovered this day-night cycle. But popular knowledge focuses on how the circadian rhythm affects how we sleep, ignoring many of the other ways this cycle runs our lives. 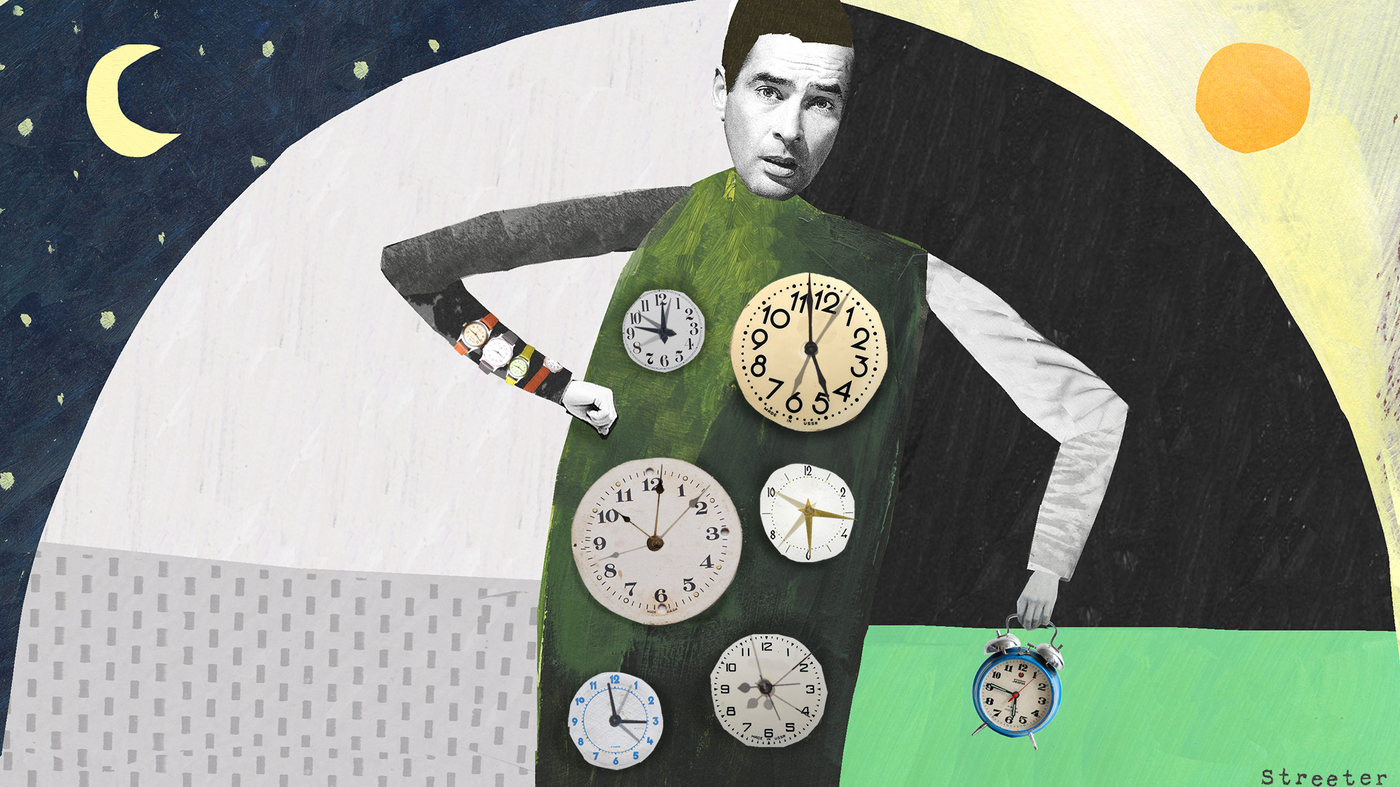 Most people have a hazy idea of what the circadian rhythm is — something to do with our natural body schedule and when we wake up. What’s the scientist’s definition?

The problem is, there’s not a very clear definition. It’s the 24-hour rhythm. The bottom line is that almost every hormone, every brain chemical, every digestive enzyme and so on is pre-programmed to peak at a certain time of the day and then tap out at another time of the day. It’s an in-built schedule for different programs to do different things at the optimal time, and these timing mechanisms are the circadian rhythm.

The circadian rhythms are controlled by what we call circadian clocks, which are present in every organ and every cell, and these clocks tell our brain when to sleep, tell our gut when to digest our food optimally, tell our heart to pump more blood and slow down at another time.

Do most people have a pretty similar circadian rhythm? Why do we hear so much about night owls versus early birds?

Most of us are programmed to go bed from about 9PM to 11PM and wake up around sunrise time. Very, very few people deviate — so they’ll go to bed from 7 to 9PM and wake up around 2 or 3AM, but these people are extremely rare. It might be a genetic mutation. Think about our ancestors who are hunter-gatherers, maybe it’s beneficial for some people to go to bed early and wake up early to guard the village.

But we are also coming to realize that some of the variation with night owls might because they’re more sensitive to bright lights, and might be due to habits. People who are used to having an evening coffee and then have a lot of bright light in the evening and more likely to sleep very late. And since they do it on a daily basis, they think it’s natural to them.

In the book, I talk about the example of my dear friend who is also a circadian biologist. He took his lab on a camping trip. Almost everybody in the lab thought they were night owls because they all go to bed after midnight. But when he took them camping and they had very little access to bright light, all of them became early birds. They went to bed three to four hours earlier and woke up very fresh, early in the morning. So some of the variance is definitely due to external habits.

We think of circadian rhythm as mostly affecting sleep. What are some other systems that it affects?

Our intestines, our stomach, and our gut have circadian rhythms, too. Late at night, just like our brain goes to sleep, our stomach and gut start to shut down. Our intestines and gut don’t move food down the digestive tract, so if you eat late at night, the food just sits there. At the same time, the stomach has a buildup and starts to produce acid.

During the daytime, the circadian rhythm in our mouths actually produces saliva that neutralizes that acid. But in the evening, even our mouths shut down, which is why we don’t salivate much in our sleep. When you have a lot of acid, food isn’t going down, and acid is coming to our mouths, we get acid reflux. It’s a very simple thing, but just eating early in alignment with the gut rhythm can help.

Another idea is in terms of exercise. Exercise has many benefits for the circadian clock and sleep cycle. So for example, taking a short walk in the morning has as huge impact on synchronizing the brain clock and improving arousal and alertness.

ATOMIC CLOCKS AND THE IMPORTANCE OF BEING ON TIME